How Honeybees Came to BC

Previous Next
How Honeybees Came to BC

The hard work by honeybees to produce honey is critically important to agriculture and food production in Canada and around the world. 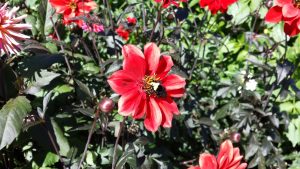 Bumblebees are the “teddybears” of the bee world. 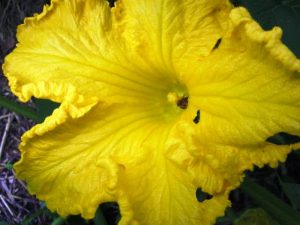 Honeybees are unique because they can be managed in hives.

Right now there is a lot of interest in bees because they pollinate plants that produce fruit, nuts and seeds.  Honeybees are the most recognizable bees and they aren’t even native to BC where there are 450 native species (of about 4,000 in North America and 20,000 in the whole world.)

The introduction of honeybees to BC captures much of early provincial history.  The honeybee industry began in 1858 when the first swarms were imported by ship to Victoria from California. In 1865 the bees were transported to the mainland at Crescent Beach and over the next twenty years the bees moved up the Fraser Valley.

Chinese workers are credited with starting the first commercial honey production[i]. One of the few jobs available to Chinese workers after the Canadian Pacific Railway was finished in the 1880s was shingle-bolt cutting, usually made from hollow cedar shells.   Hollow cedar shells plus honeybees plus Chinese workers equaled honey production. In order for bees to be transported to the interior of BC they were put in tea chests and sent on the BX stagecoach express.  The tea chests were fragile and prone to breaking open; experienced drivers such as Steve Tingley soon gave the job of transporting bees to their junior drivers. 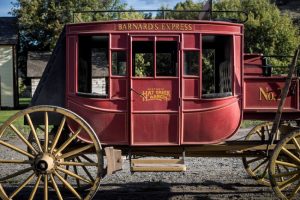 Imagine a fragile tea chest full of bees strapped on the back of this BX stagecoach. Photo courtesy Destination BC

A possibly true story from Lytton describes a time when a tea chest full of bees tumbled off the stage coach. According to Kay (2002) the bees escaped and the entire town had to shelter in the bar until darkness came and the beekeeper could take the bees home to Botanie Valley[ii].  Turnbull (1958) says the whole town didn’t shelter in the bar, just the stagecoach crew.  Still it makes a good story.

Elizabeth Elle, a professor of community and evolutionary ecology at Simon Fraser University says that if you want to help British Columbia’s wild bees, plant a garden.  She also said, “One out of three bites you eat is thanks to the bee. Sometimes that’s attributed to the honeybee, but we actually know that’s not true. Wild bees contribute quite a lot to our crop production.”[iii]

A few useful plants to consider for your bee garden, as recommended by Patricia Milligan, from “Lola Canola’s Bee School” are: chives, borage, cosmos, sedum or stonecrop and sunflowers. 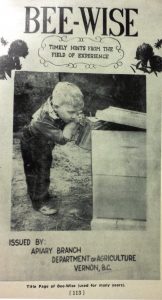 A page from W. Turnbull’s classic history of beekeeping in BC 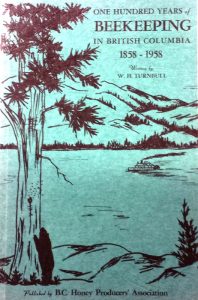