Previous Next
Wok with Stephen Yan

Stephen Yan, a Vancouver-based chef who moved to Canada from Hong Kong in the 1960s, made wokking accessible to Canadians. He owned two Chinese restaurants in Vancouver and became a CBC television personality. Given his enthusiastic, dynamic personality, it wouldn’t be surprising if someone from the CBC had visited his restaurant and pitched the idea to him.  He was also the successful author of cookbooks featuring the wok published in the 1970s with many editions (sometimes with different covers) and re-released well into the late 1980 and early 1990s by Yan’s Variety Company Limited: Chinese Recipes; Vegetables the Chinese Way; Creative Carving; Wok with Yan; and Seafood Wokbook. 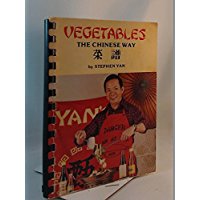 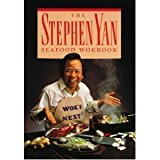 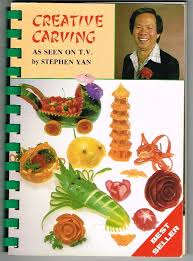 Stephen Yan’s 50-minute TV cooking show called Wok with Yan taught many Canadians how to use a wok. He was a forerunner of today’s celebrity chefs that Johnston, Rodney, and Chong (2014) say “exist at the nexus of culture, media and fame.  Their food-related personalities are created and elevated in the media and their image takes on a value much like a brand”[i]. Nestled in time between Canadian cooking shows featuring other male cooks such as the Galloping Gourmet (1960/70’s) and The Urban Peasant (1990’s), Stephan Yan’s use of humour and sense of fun that made Cantonese wok accessible to Canadians and also made him unique.

Wok With Yan, was produced for the first two years in Vancouver by CBC at CBUT studios and later moved to Ottawa where the series was produced by Carleton Productions. The afternoon cooking show aired from 1980 to 1995 and was syndicated in the United States and across Asia for years. Over 500 episodes of Wok with Yan were produced and he also produced travel and variety shows called Wok’s Up? for CBC, Yan’s Wokking for BCTV, and several half-hour travel specials on Thailand, Hong Kong, Japan, Walt Disney World, Malaysia, Singapore, and Fiji.  He even appeared on the Letterman Show.[ii] According to Sahota (2007), Wok with Yan is perhaps best remembered for its host’s ebullience and propensity for the wok pun, delivered with a thick Cantonese accent. Each episode featured Yan clad in a new apron embellished with lettered sayings like: Wok Goes In Must Come Out; Don’t Wok The Boat; Keep On Wokking In the Free World; Wokkey Night In Canada; On A Clear Day, You Can Wok Forever; and Over Wok, Under Pay.[iii] The show was taped in front of live audience and he always invited an audience member to come up and eat with him near the end of each episode (there was a ticket draw in the studio audience to sit with him), and had a fortune cookie reading before the meal (first done in Cantonese, then translated in English). 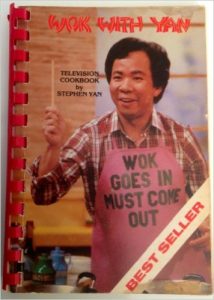 His shows are still available on some television platforms and you can find some of them on YouTube, for example Beef with Broccoli[iv], which is a typical example of his approach as he describes the basic tools and ingredients, shows how to use a cleaver and gives tips on shopping for the ingredients.

According to Chao (1990), many people’s introduction to an ethnic group they do not know well is through cuisine and in general Pacific Rim countries were the first to adopt Asian ways.[v] Both Vancouver and Victoria had bustling Chinatowns in their historic pasts and many Chinese Canadians can trace their roots in this country back more than 150 years.  Chinese restaurants in communities all across Canada were common.  But there was a distinct absence of ethnic diversity in television cooking shows and most likely little Chinese style cooking in non-Chinese Canadian homes. Stephen Yan was one of the first to introduce to the intricacies of Chinese cooking to a general Canadian audience.

Canada is often spoken of as a country of immigrants, and we take pride in our multicultural heritage. As each ethnic group settled here, its particular foods and special ways of cooking became a part of the way we cook and eat. Although some suggest that Stephen Yan’s cooking technique was too narrow (focusing on just using the wok) and his approach stereotyped, nonetheless it did serve to a make a wok standard equipment in many Canadian kitchens and demonstrates how chefs who cook, teach, entertain, and write about food have a measurable impact on how and why different foods are prepared in Canadian homes.  Because his program originated in BC we claim Stephen Yan as part of BC Food History.