Edith Adams was a fictional name given to the food editor of women’s pages of the Vancouver Sun newspaper. “She” was responsible for the cooking/recipe/homemaking department from 1924 to 1999. You might wonder about the name “Edith Adams”.  It was created by a male circulation manager because of the typographical advantage of having no letters that descended below the line and was better for printing[i].

There were many Edith Adams over the years. Marianne Linnell served in the position for thirteen years and was probably the best known with the longest tenure.  She was born in Calgary, raised in Edmonton, and graduated from the University of Alberta with a Bachelor of Science degree in home economics. She moved to Vancouver in 1945, became Edith Adams in 1947, and continued into 1960 when she left to pursue a career in real estate and politics.

Linnell was credited with originating “Edith Adams” Cottage[ii]. It was the Vancouver Sun in-house test kitchen and recipe demonstration center. The Cottage had its own door in the building at 510 Beatty St. and was opened in1947. 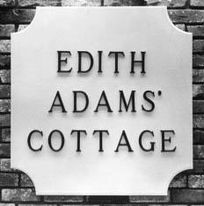 During her time at the Vancouver Sun, Marianne Linnell became the “face” and “voice” of Edith Adams, frequently doing public demonstrations, and hosting a radio show “Edith Adams’ Cottage on the Air” broadcast direct from The Sun Cottage every Tuesday from 2:30 to 3 p.m. on Vancouver’s, pioneer radio station, CKMO.[iii]

She was known for her sense of drama. According to Mia Stainsby, there is a 1955 photo showing her giving a Japanese cooking class and travelogue wearing a kimono, serving sukiyaki and green tea but I have not found it[iv]. For the crowd of women who packed the Queen Elizabeth Theatre for the Edith Adams Cottage Gas Cooking Show in October 1960 she started by demonstrating cooking breakfast in a housecoat and rollers! She ended her show dressed for Thanksgiving dinner.

Homemakers counted on “Edith Adams” (and her team) for advice and avidly:

They trusted her advice and knew the information was reliable and the recipes had been tested. 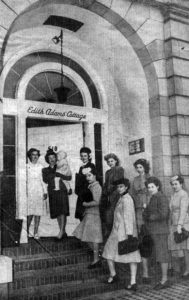 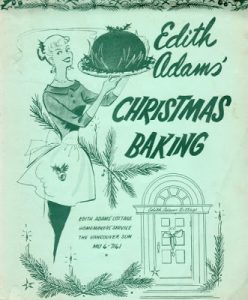 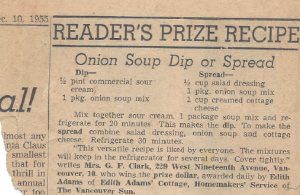 Marianne Linnell went on to established a real estate business, Triangle Realty.  She also became involved in politics. She was elected to Vancouver City Council under the Non-Partisan Association (N.P.A.) slate in 1960. In 1964 she ran for Mayor, but was defeated by Mayor Rathie. She was re-elected in 1966 and continued to serve as Alderman until 1974. As an alderwoman, Linnell served on numerous committees and was the only female member of Canada’s Centennial Commission. She proposed a downtown coliseum, and re-development of False Creek into apartments.  She was a Progressive Conservative party candidate in the 1972 election, was defeated, but became the party’s spokesperson for small business, municipal affairs, and [true to her roots] “that forgotten individual, the housewife.”[v]

There have been many others who filled the metaphorical shoes of Edith Adams. They were prolific in producing cookbooks and information pamphlets and providing up-to-date commentary of topics related to everyday life laying the foundation for today’s food journalism. But mainly they provided a needed avenue for the dissemination of information and discussion of current concerns from and for women.